patpol.pl > Knowledge zone  > Publications  > The symbol of cannabis is contrary to public policy and a trademark containing it cannot be registered in the European Union.

The symbol of cannabis is contrary to public policy and a trademark containing it cannot be registered in the European Union.

In a judgment of December 12th 2019, in case T-683/18, the General Court (Seventh Chamber) stated that a trademark referring to cannabis cannot be registered, as it is contrary to public policy in the meaning of Article 7(1)(f) and Article 7(2) of Regulation 2017/1001on the Trademark of the European Union.

The General Court was requested to make the assessment of the decision of the Second Chamber of Appeal of the European Union Intellectual Property Office (EUIPO) on refusal of registration of a EU application for a word-figurative trademark CANNABIS STORE AMSTERDAM no. 016176968, having the following representation: 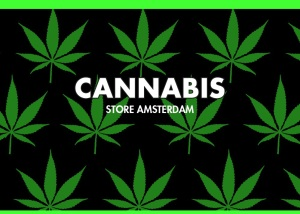 Who can represent persons not having their domicile or seat in Poland before the Polish Patent Office?

What data and documents are required when applying for a trademark registration in Poland?

What a trademark is like everyone can see… but, is it so obvious indeed? – Part 9